Categories
3D visualization•identity•logo•website
The “Keramika & Keramogranit” Company is the leader in sales of ceramic tiles, mosaics, porcelain tiles, clinker, stone and bathroom equipment in the Kaliningrad region. It is the Russian exclave between Poland and Lithuania on the Baltic Sea.

The largest city and administrative center is Kaliningrad (formerly known as Königsberg), which has historical significance as both a major city of the historical state of Prussia and the capital of the former German province of East Prussia. After World War II, East Prussia was divided between the USSR and Poland, and Königsberg was renamed after the Soviet Head of State Mikhail Kalinin.

The logo resembles houses that were built here by Germans in the late 19 — early 20th centuries. Now, after Prussia became a part of Russia, these buildings are found everywhere in the Kaliningrad region — they are a recognized symbol of our region. 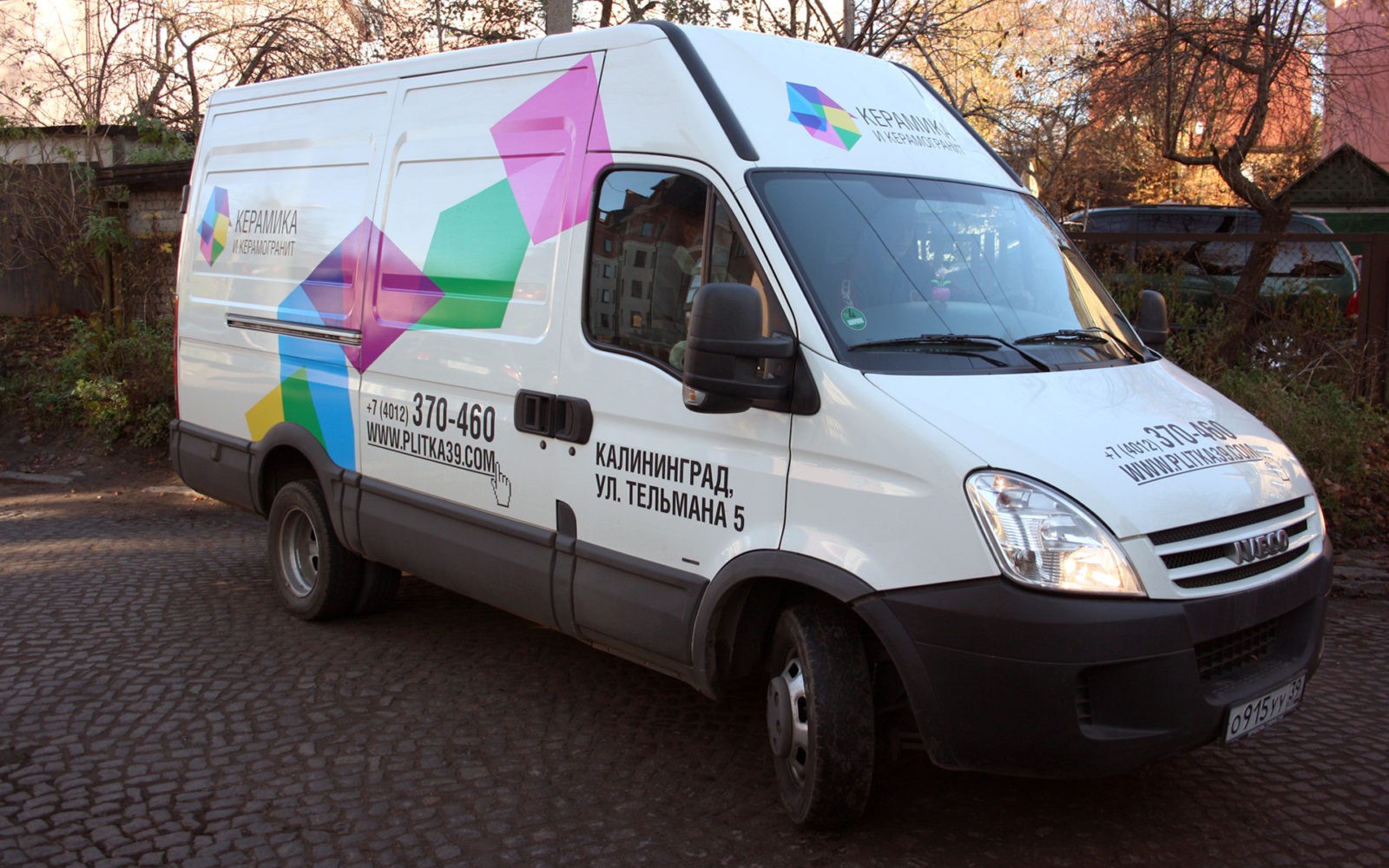 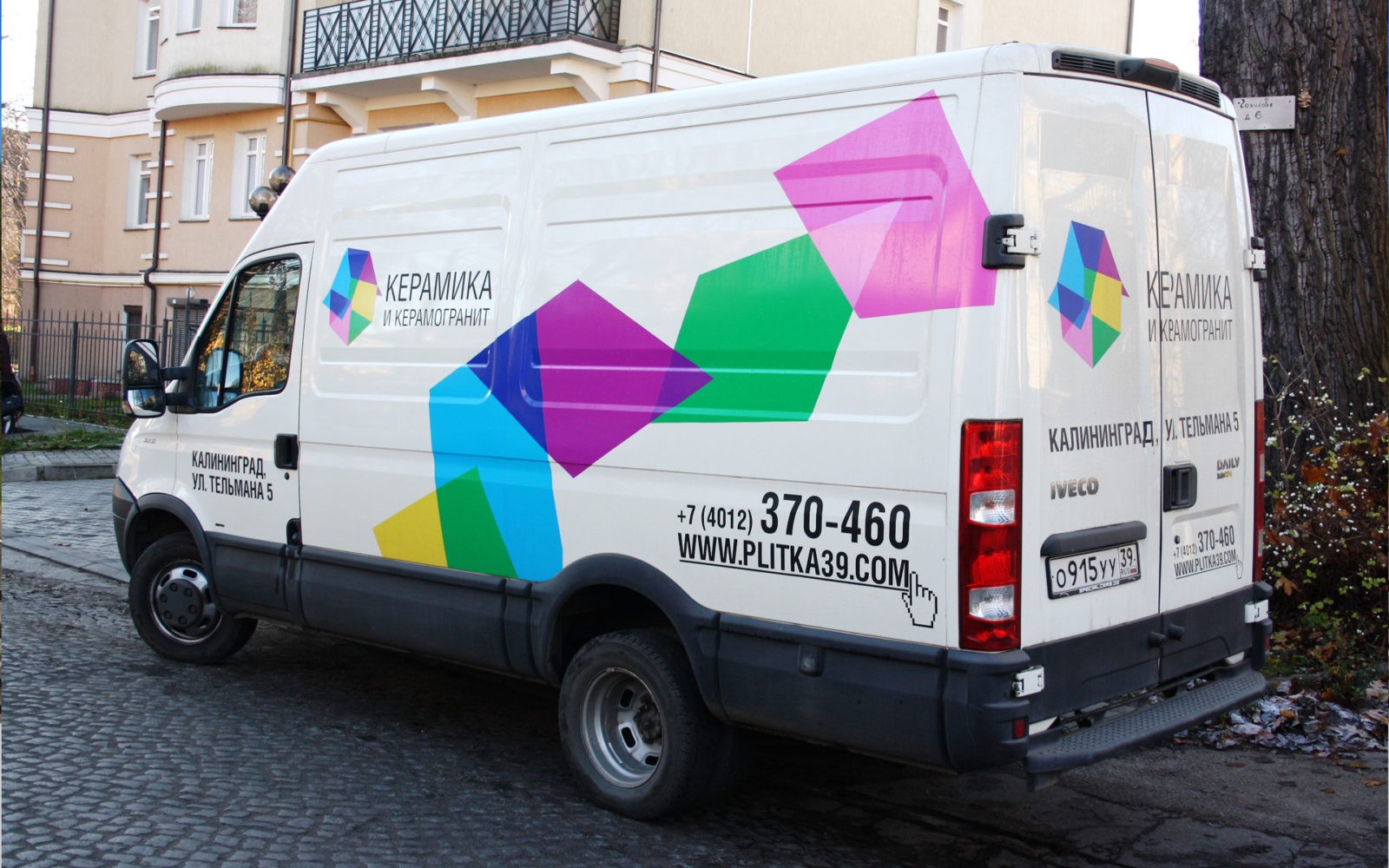 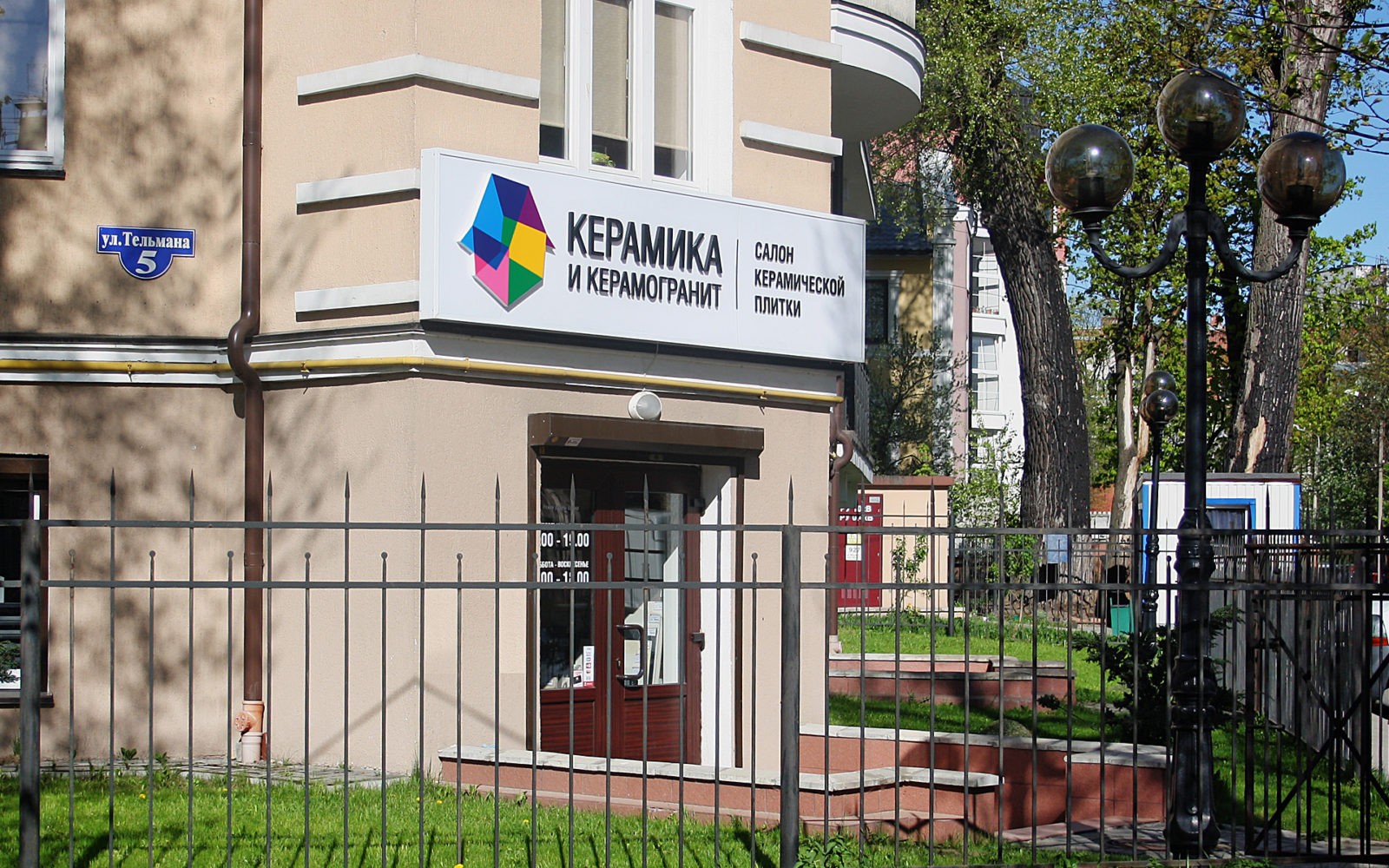 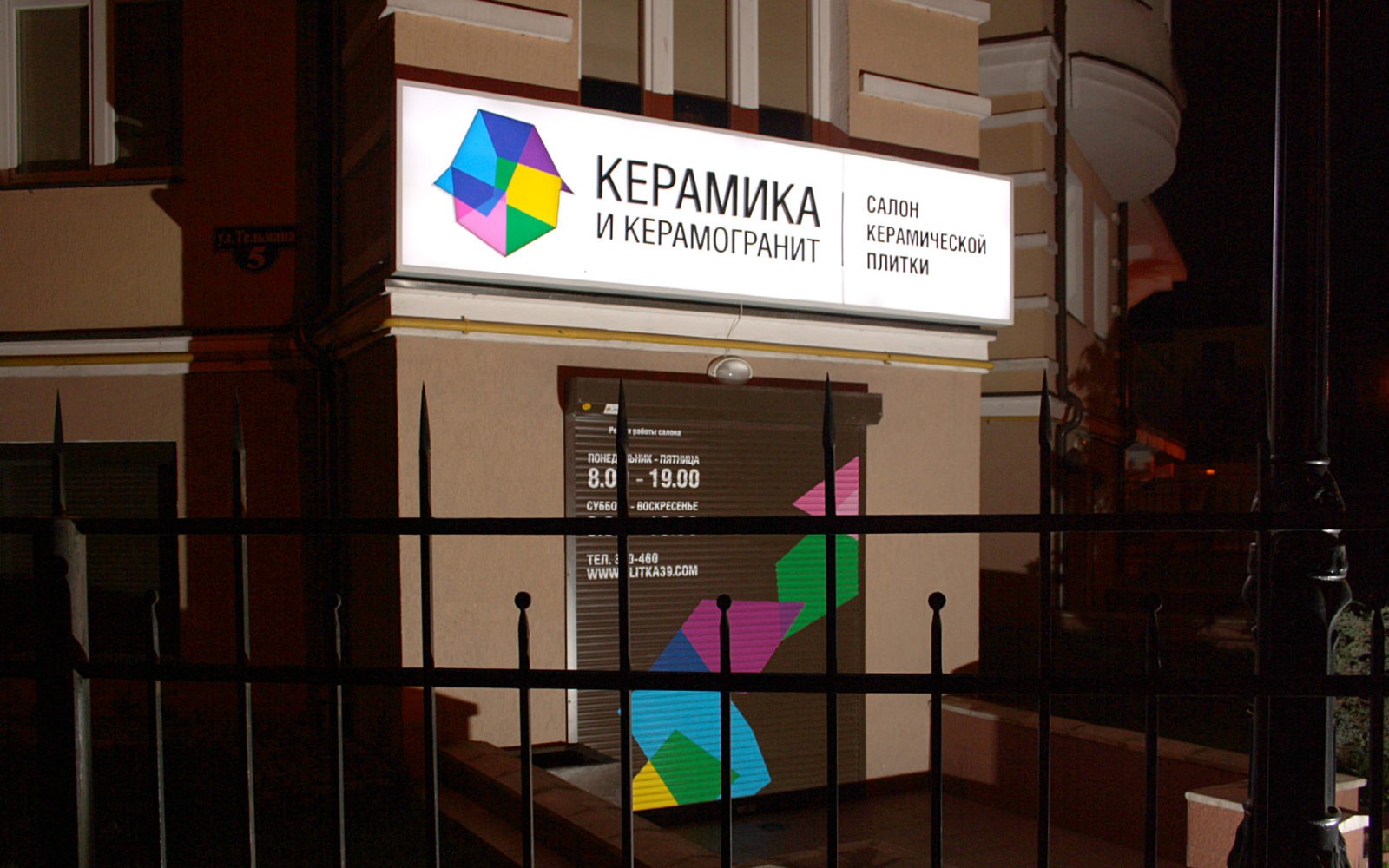 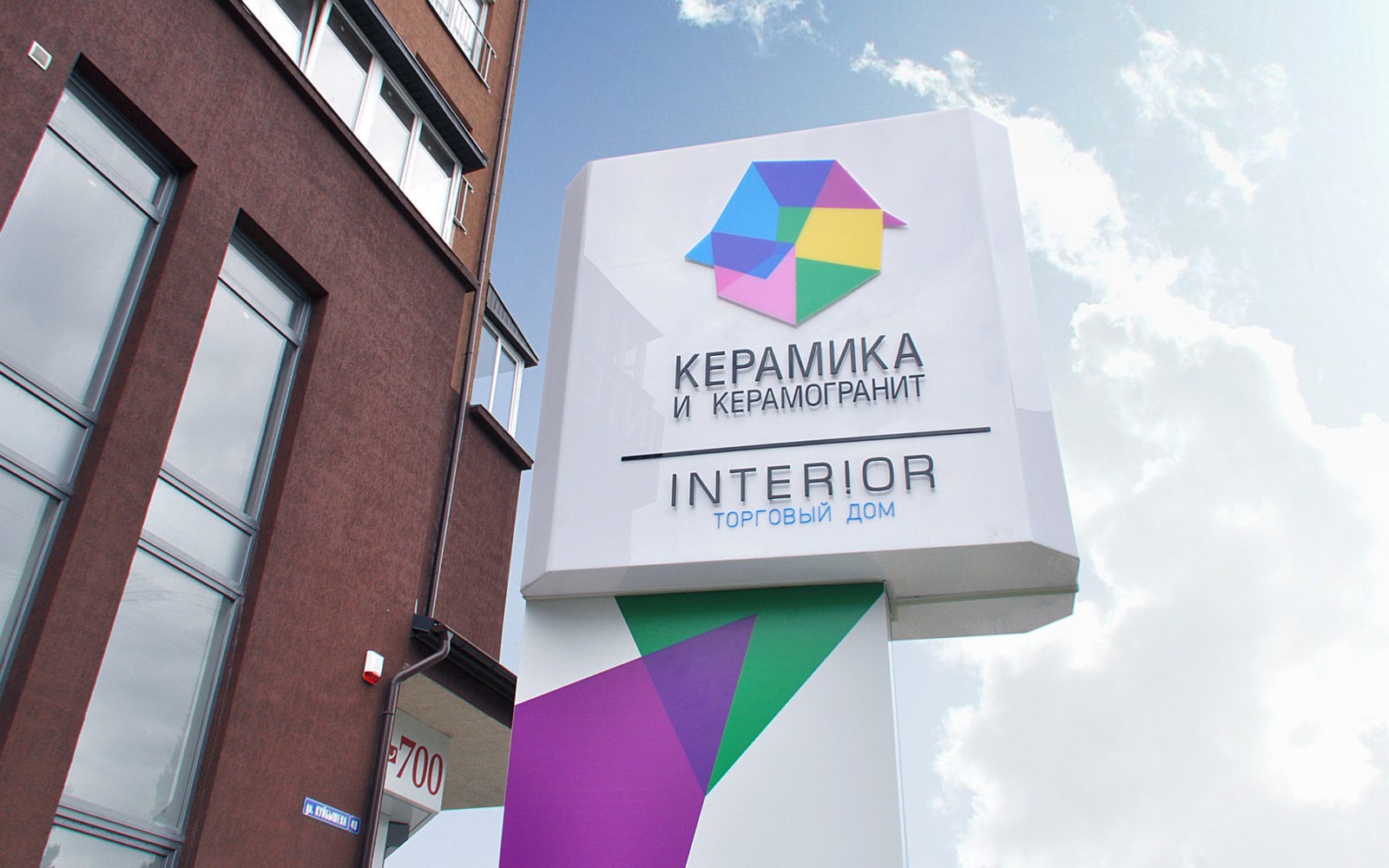 The Illustration was made with using 3D-modeling. For this purpose we created 3D-model of birdhouse and pines, which were subsequently rendered and inserted in the final scene. 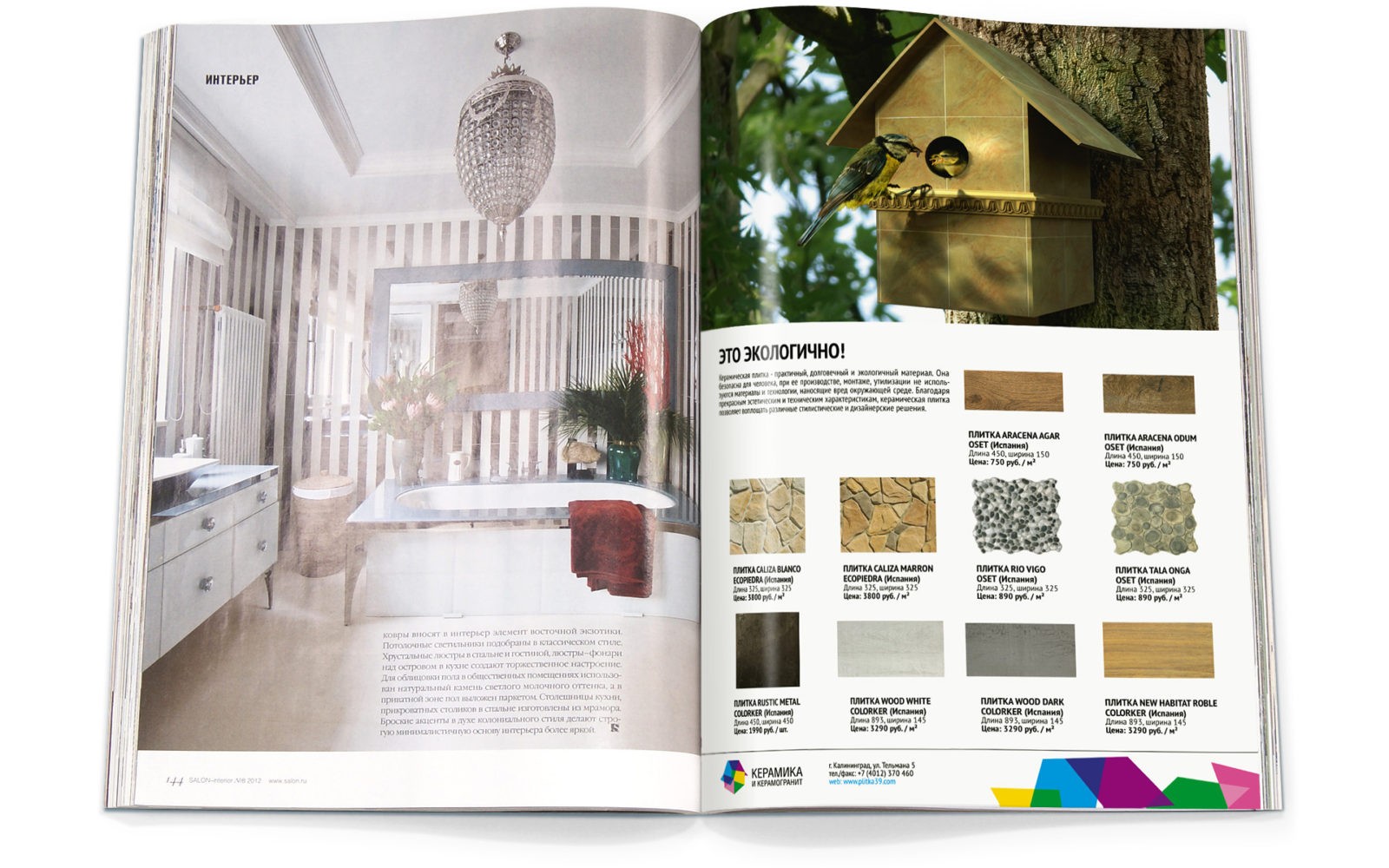 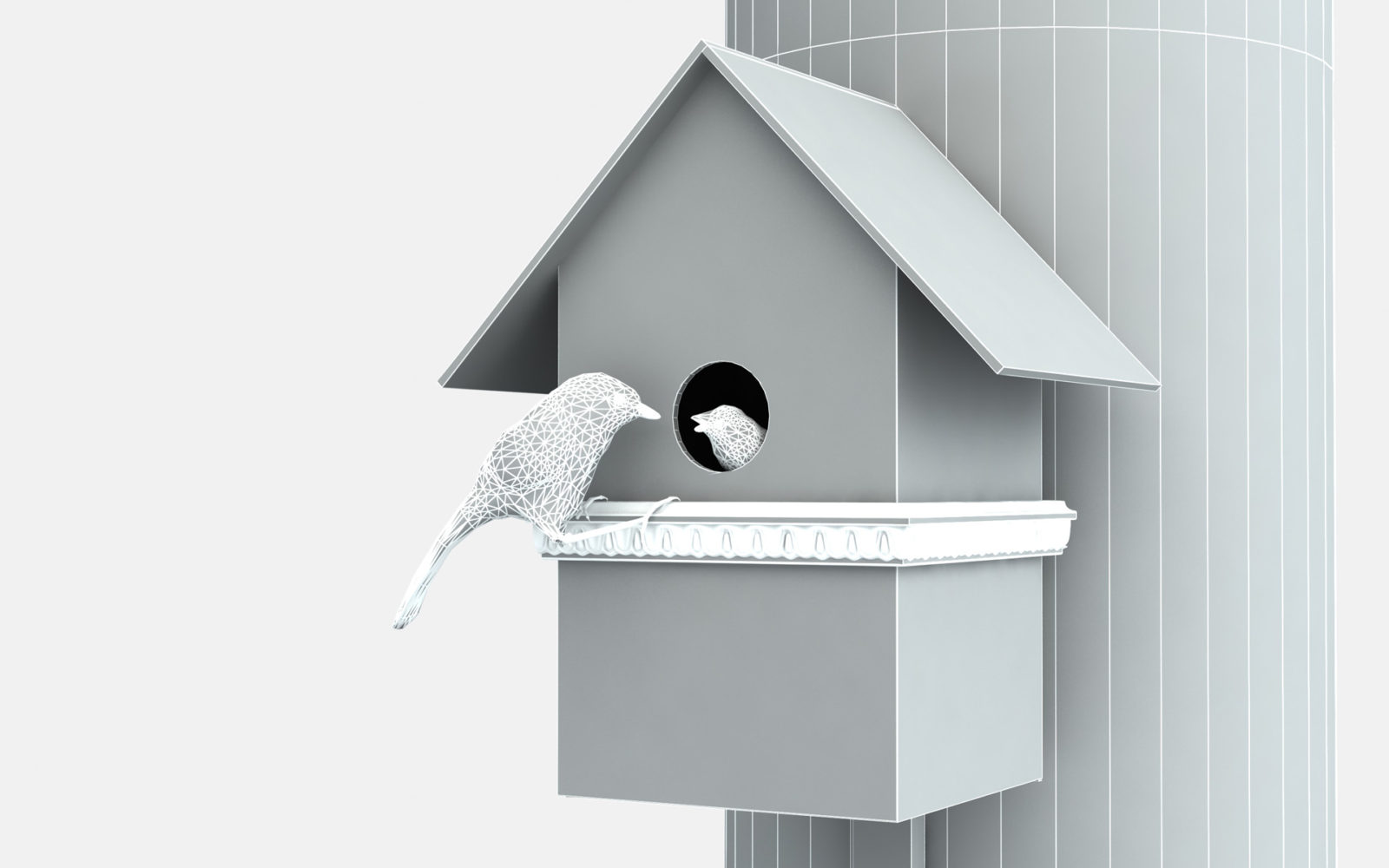 We have developed a website plitka39.ru with concise design. The main page encounters the visitor an interactive flash, for which we have created a 3D-image with dream house. The property has a swimming pool, gazebo, apple trees, arborvitae, green grass and no neighbors. What else you need to be happy? In essence, it is a game to create positive emotions.

The site is simple in structure, it is easy to maintain. You does not need to have special knowledge of html for the administration. 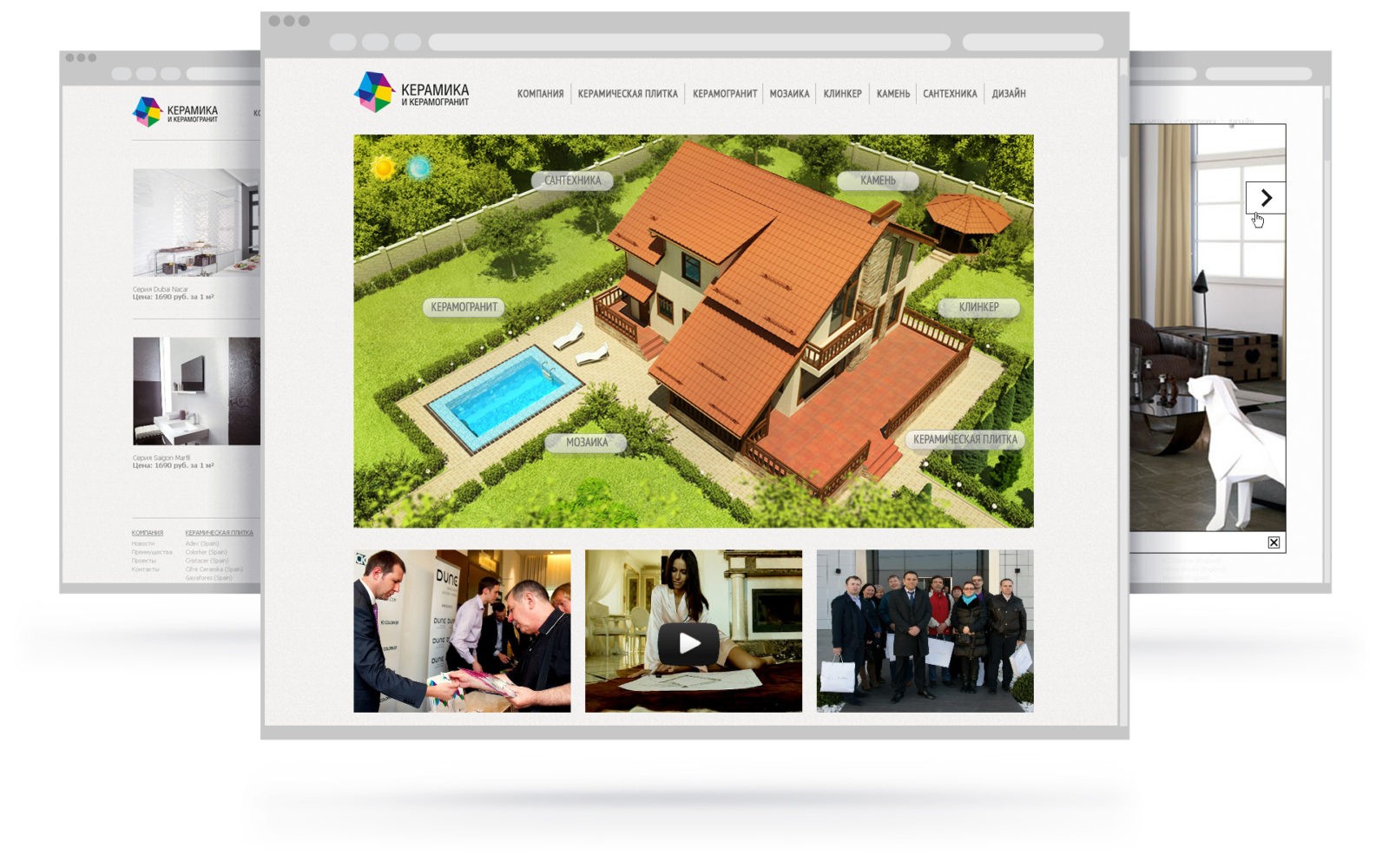 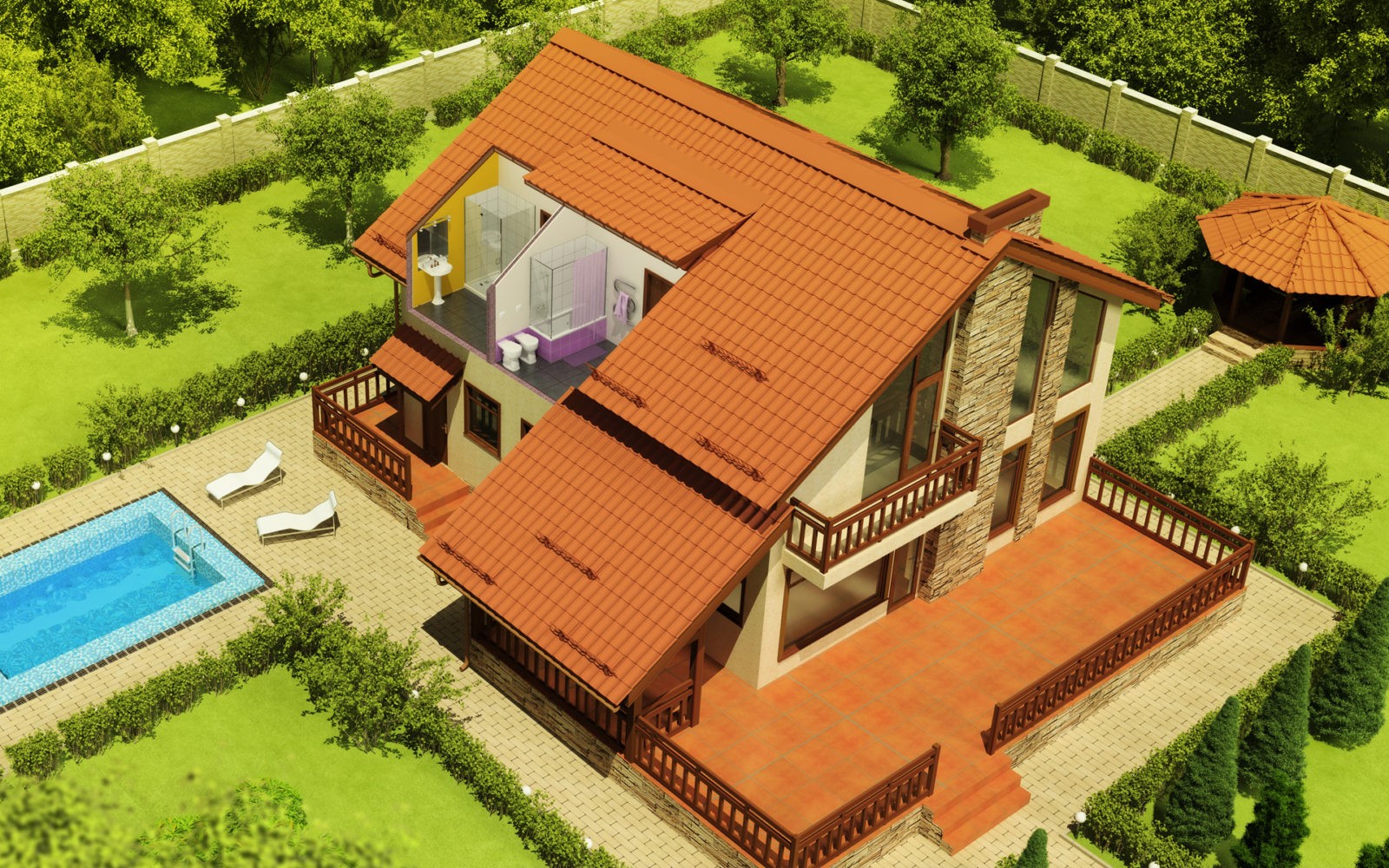